Firm Foundation aims to reduce environmental vulnerability in the riverfront settlements of Sungai Jingah in Banjarmasin, Indonesia, where a community of low-income families’ livelihood and social interaction depend upon the Andai River.

Through a participatory campaign, residents worked with the Solo Kota Kita design team to envision a new waterfront public space. The project positions Banjarmasin’s rivers as an asset for sustainable development and is a catalyst for future investments in basic services.

Our team sought to cooperate with a group of residents who – as a result of a peripheral location, low economic status, and living in precarious housing on the river edge – have had limited participation in city development. Nearly 80 percent of residents in Banjarmasin live in dense housing on stilts over water and wetlands. Especially in poor areas, most households lack sanitation and waste collection – resulting in health risks and degraded environment. Resource extraction and deforestation upstream contaminates the city's rivers.

The project program and design objectives include:

Our team's response to these broad and complex issues took a small-scale approach to trigger vulnerability reduction by involving residents in the design of the public realm.

The team first organized a week-long participatory workshop with residents. Three groups from different areas of the same neighborhood assessed problems, identified sites for development and programs, and created physical models of an improvement. The workshops were formatted like an urban design competition – at the week's end, a jury of government officials selected a winning proposal. 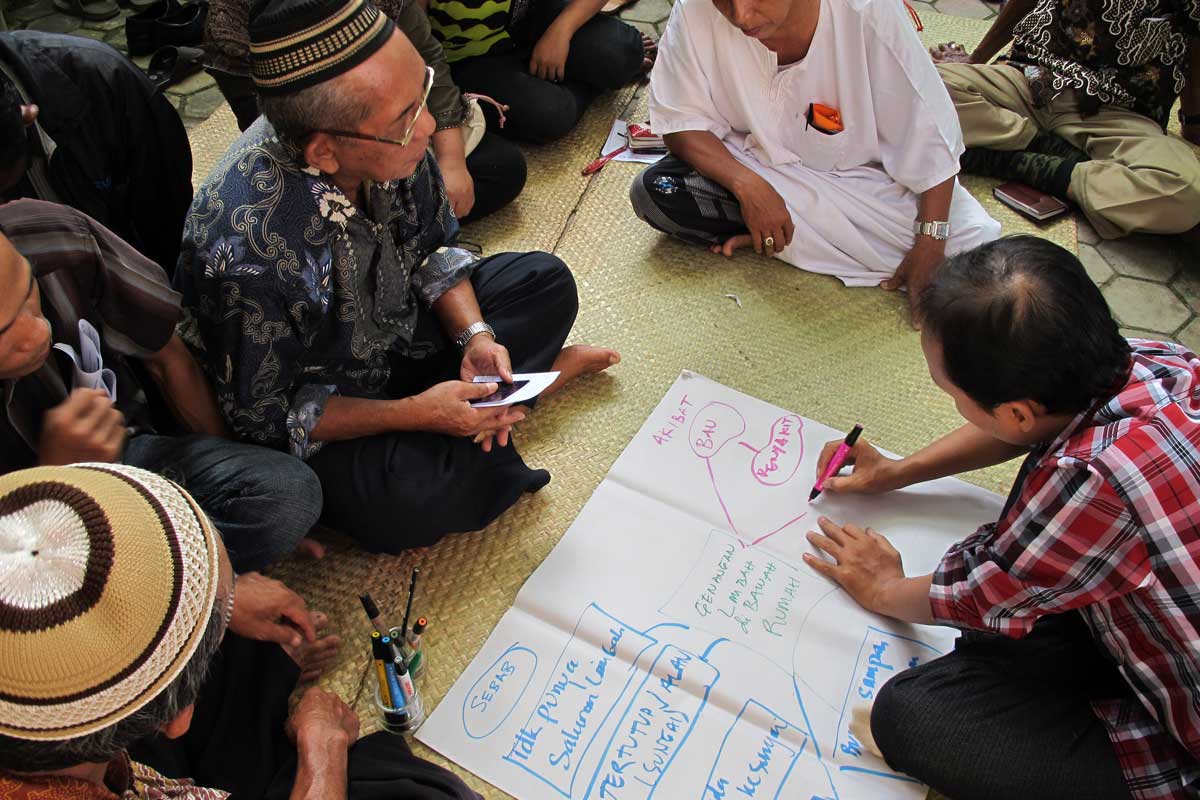 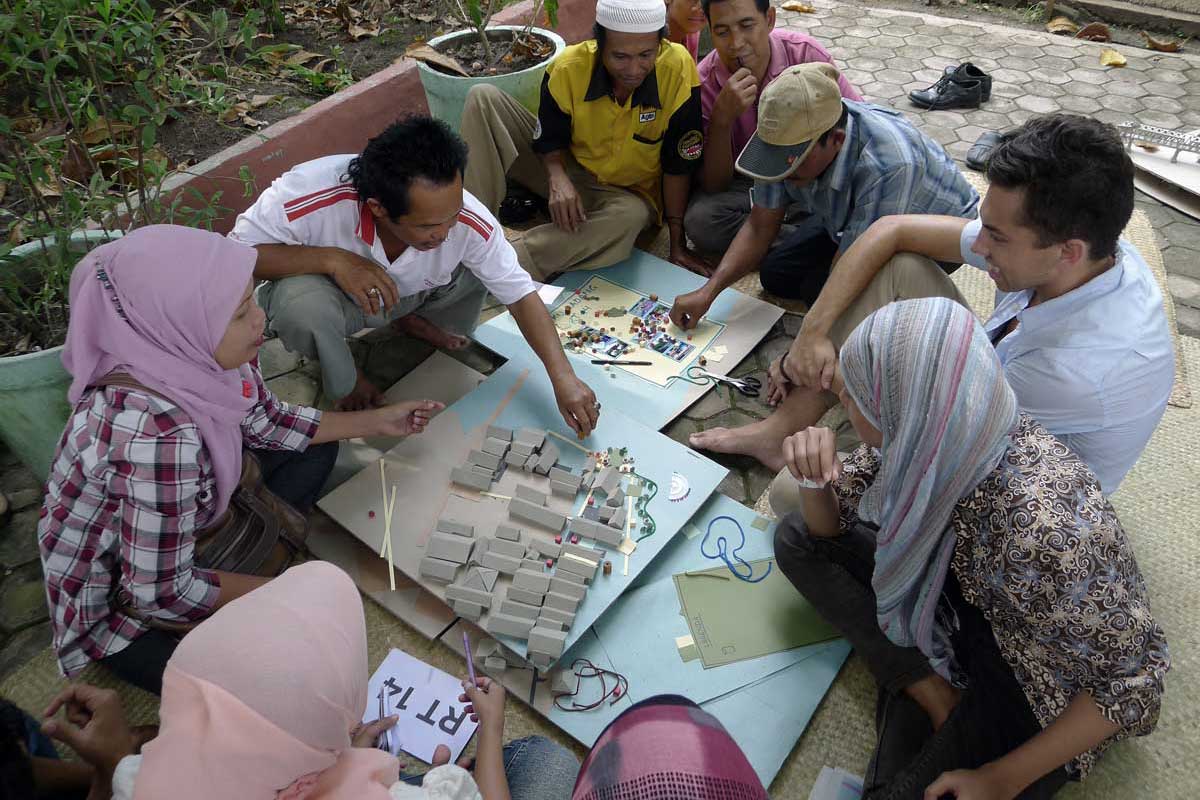 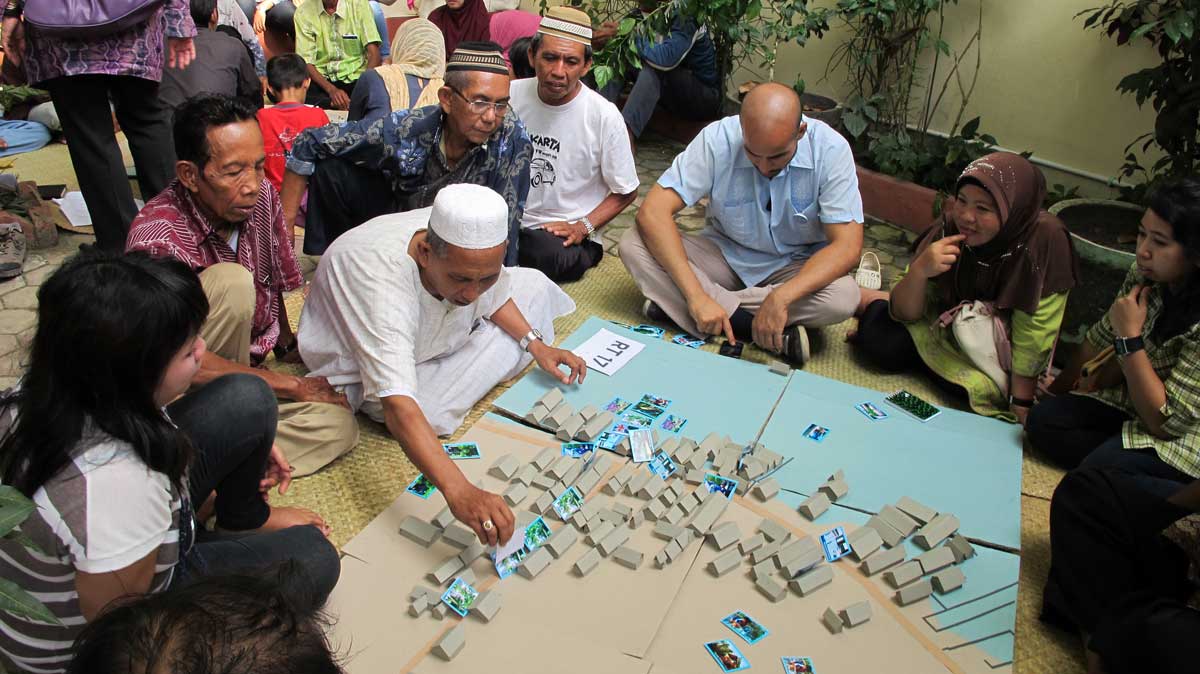 In August 2012, the residents of Sungai Jingah proposed a public space in an area called RT 14 at the confluence of the Martapura river and Andai canal.

The design restores a port that had fallen into disrepair, thereby recovering important daily economic activities such as residents purchasing vegetables from boat vendors. The public space steps down to the water and creates multiple ways to engage the river through fishing and other activities. It also provides flexible open and shaded space, which the area lacks. The shaded area also provides seating for an adjacent food stall, thereby supporting another local economic activity. 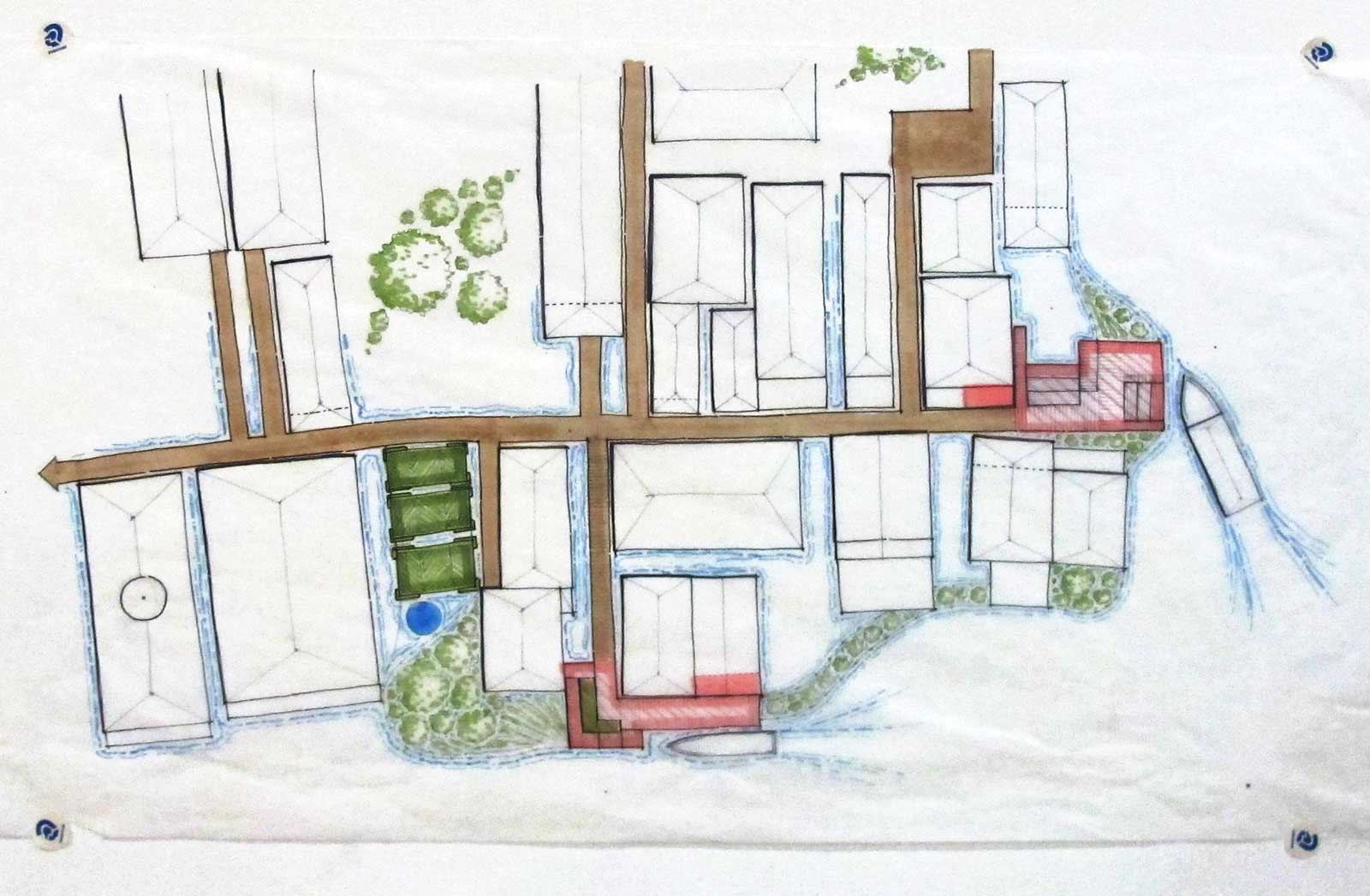 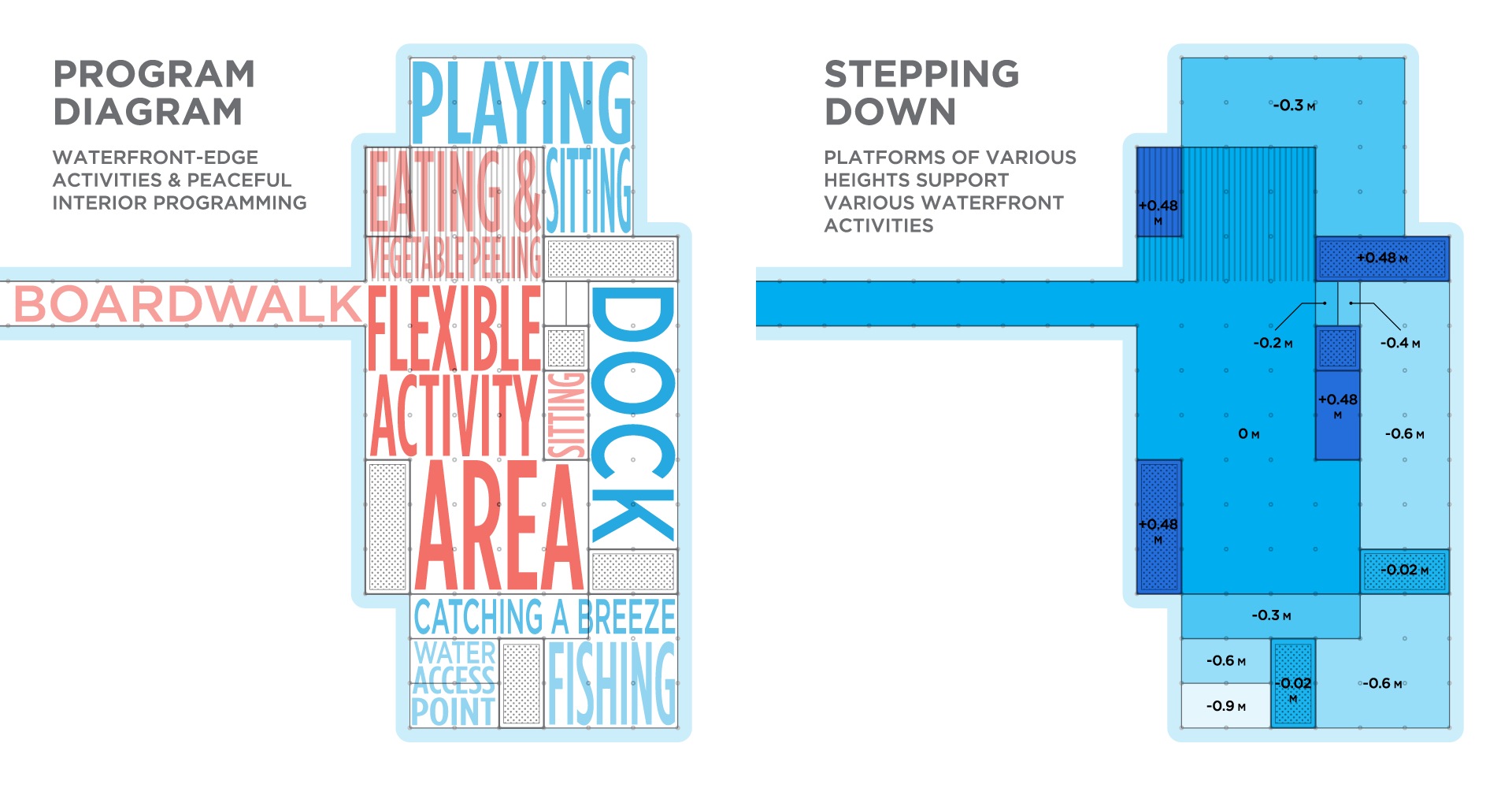 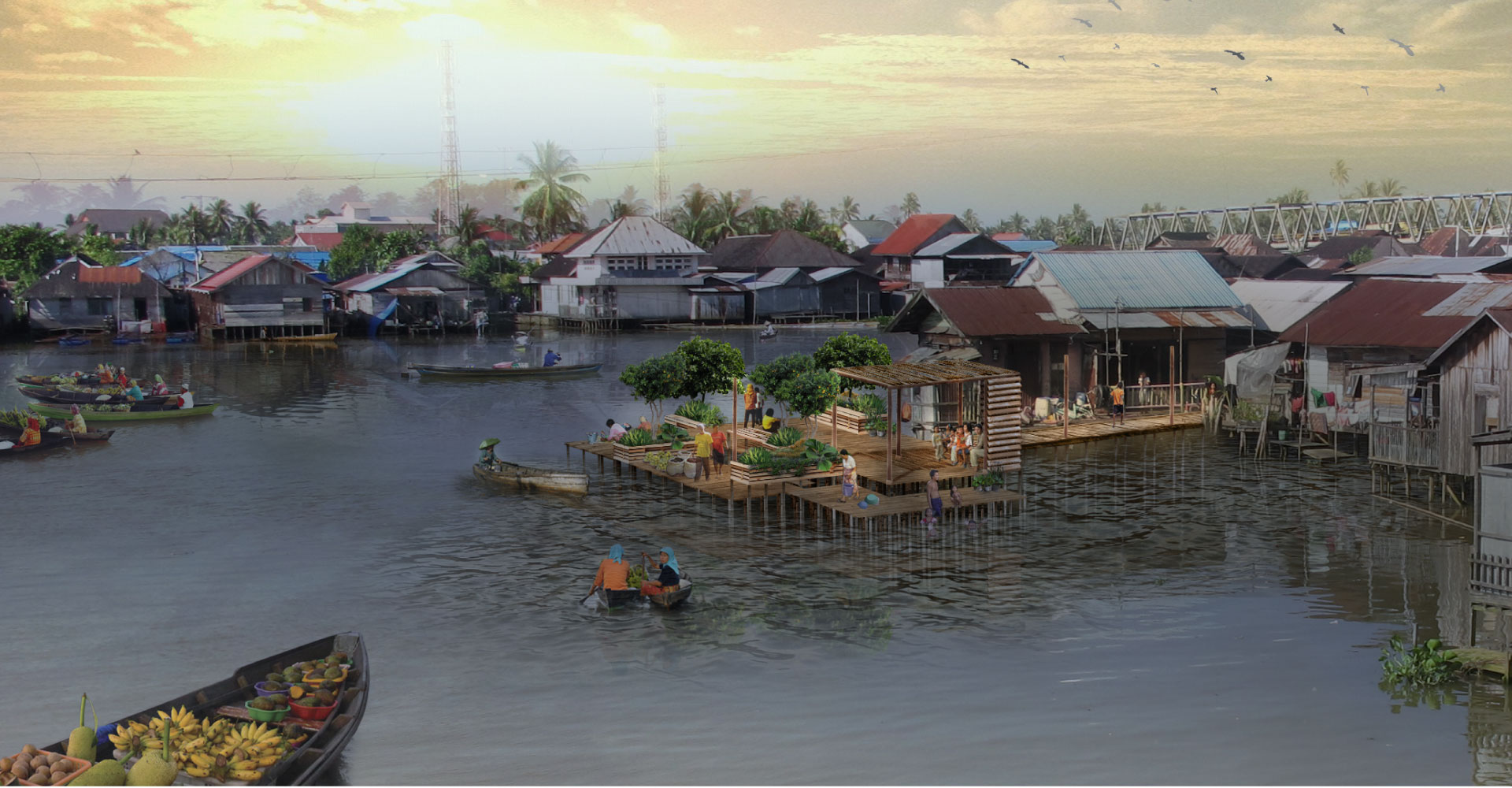 Firm Foundation serves 75 households with 273 residents in the project area within a neighborhood of 10,430. The poverty rate in this area is 55% and the youth population is 19%. Residents were involved in developing the construction schedule and budget, procuring materials, and hiring labor. Construction in 2013 resulted in nine temporary jobs for residents. 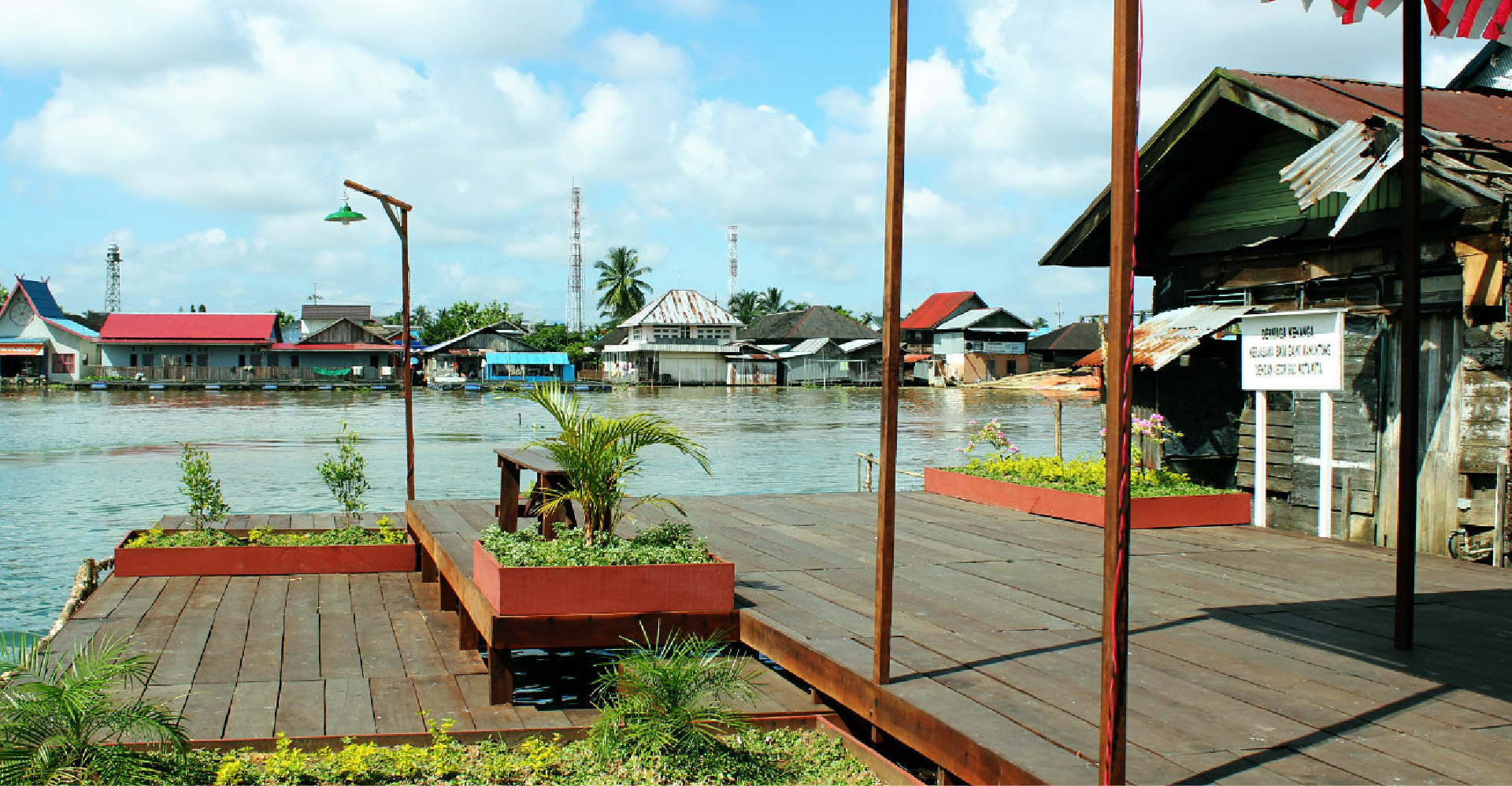 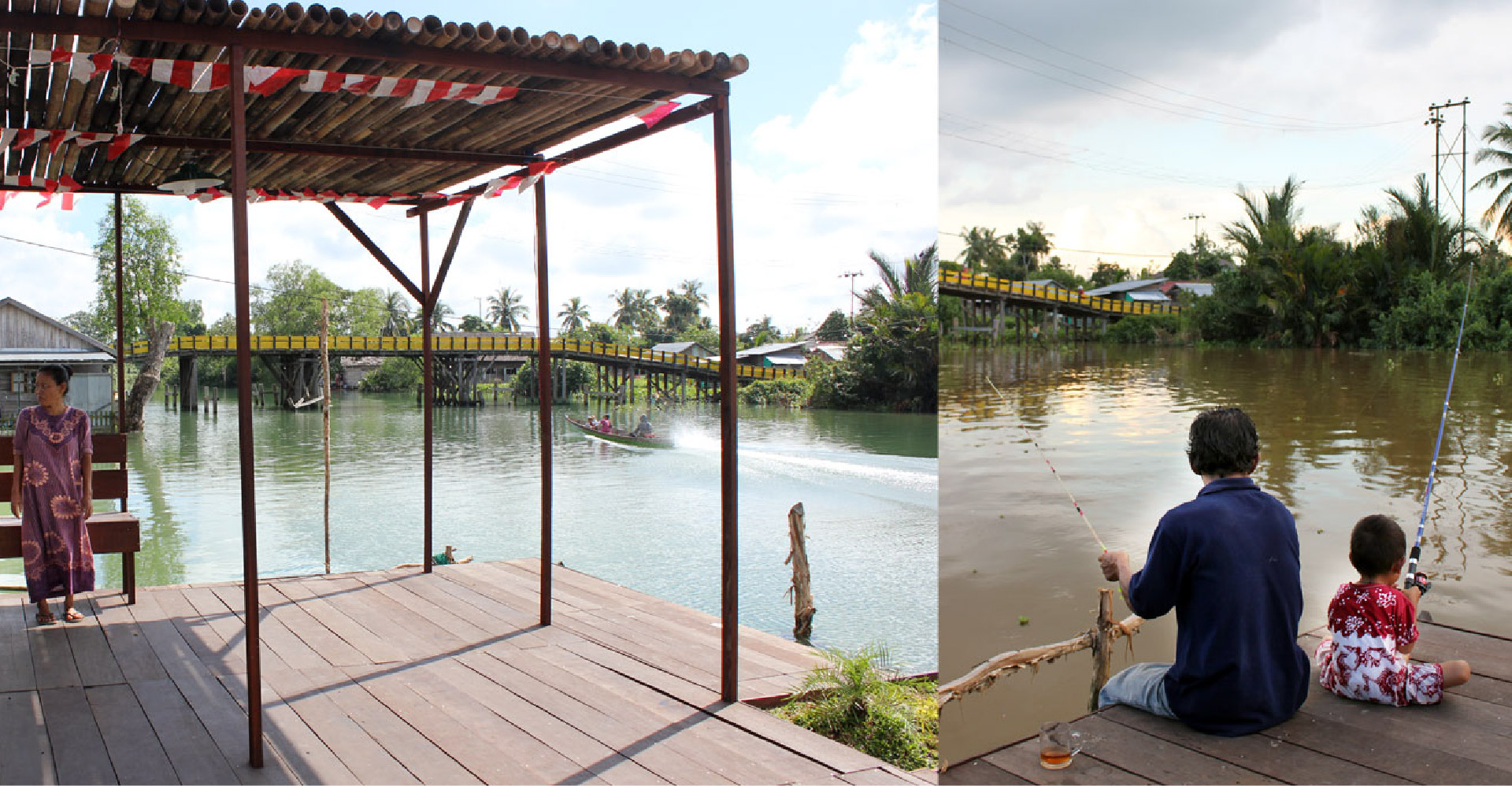 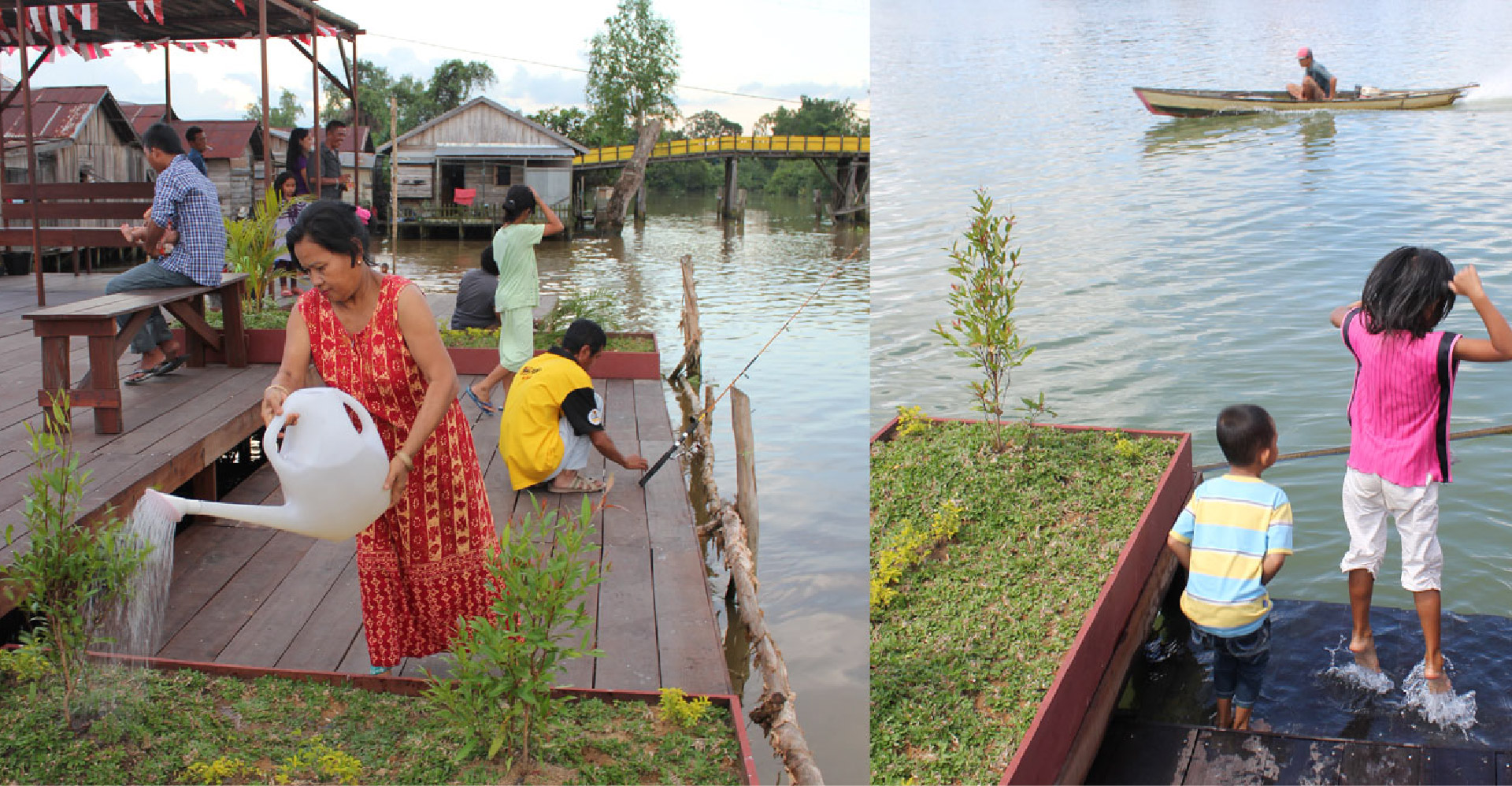 In order to share this experience more widely, the team also published the “Firm Foundation Social Design Field Guide: A Handbook from Experiences in Participatory Design in Indonesia.”

The 68-page book illustrates nine design tools and methods applied during Firm Foundation and narrates lessons learned and reflections from working with residents to reduce vulnerability. 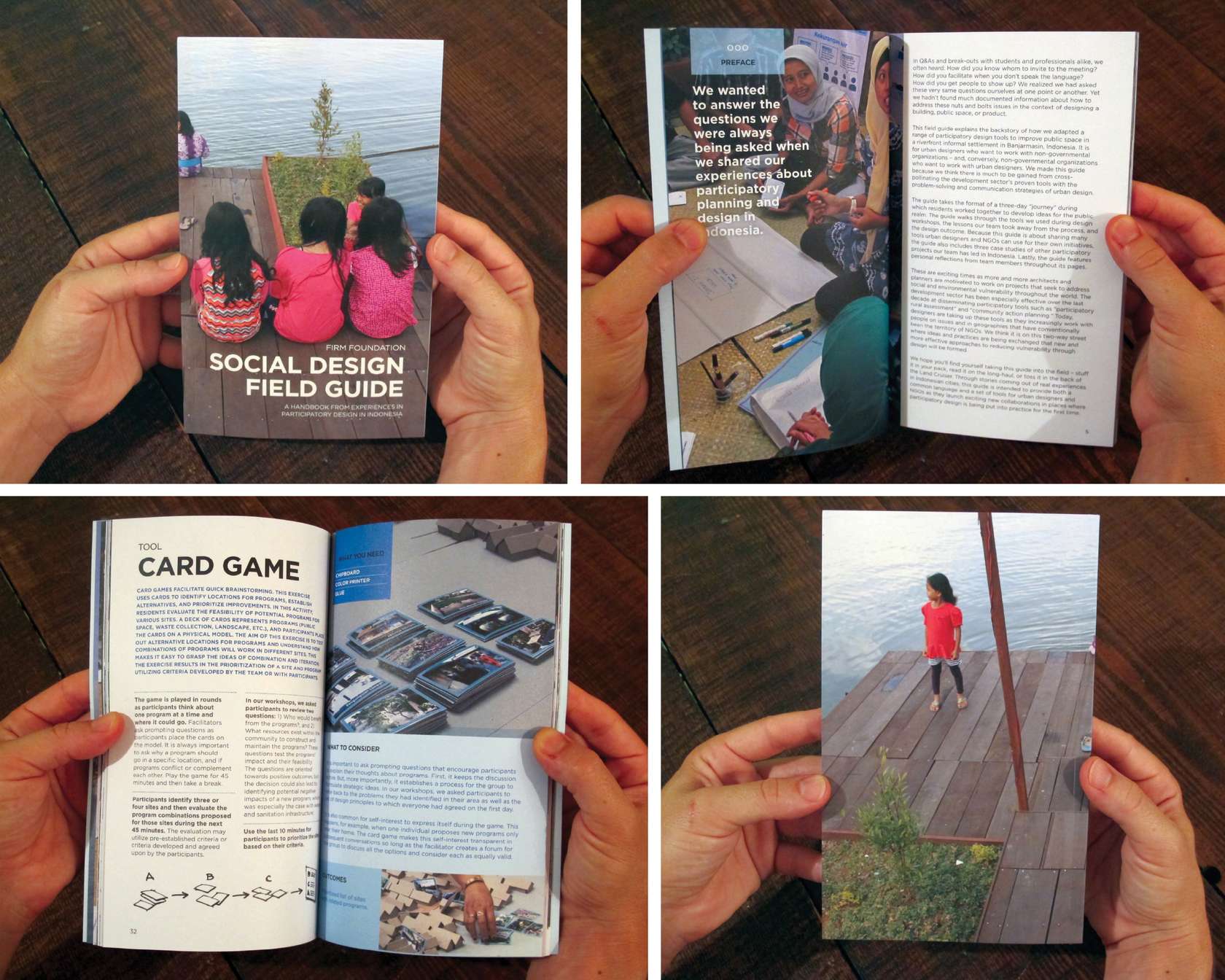 Firm Foundation has been made possible by the global efforts of the following people: